MOZ’Lib (official Github) — since 2015
a set of pedagogical tools designed to explore musical writing, creation and computer programming. It constitutes an easy introduction to the vast domain of computer-aided composition.
MOZ has been completely revamped in the summer 2019 and officially released in January 2020. It now exists as a Max package, fully documented in English, and compatible with Max 7 and 8. Documentation also includes a detailed overview and new modules for the PWforMax system (for Mac and Windows 10+).
The library is made of several modules (or bpatchers) largely based on the bach ecosystem created by Andrea Agostini and Daniele Ghisi. Each of these modules represents a compositional idea or technique, allowing the user to interact through various graphical interfaces.
In addition to those main modules, MOZ’Lib also includes a system called PWforMax. Previously hidden in the background, PWforMax allows users to generate and run Lisp code in Max, and to work in real time with any library from the PatchWork / OpenMusic / PWGL family.
Note : If you downloaded MOZ’Lib in the past, please consider upgrading to the new official version which will stay on Github from now on and is updated regularly.
And don’t forget to erase the older version from your machine !

If you want to be kept informed about major MOZ’Lib updates in the future, just send an email to this address to subscribe to the mailing-list !
And if you really like this project and want to support it, please consider donating on the dedicated Ko-FI page. 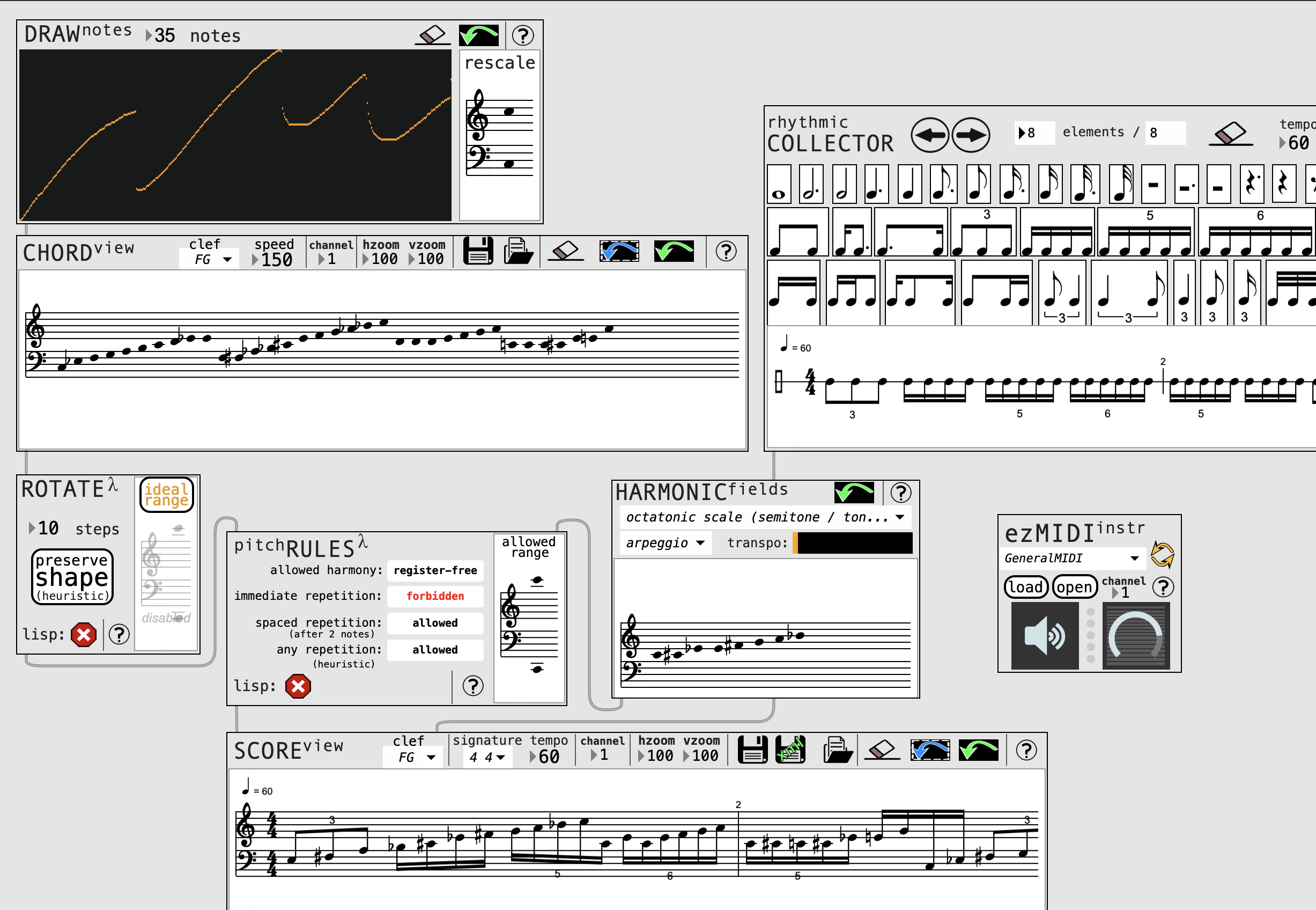